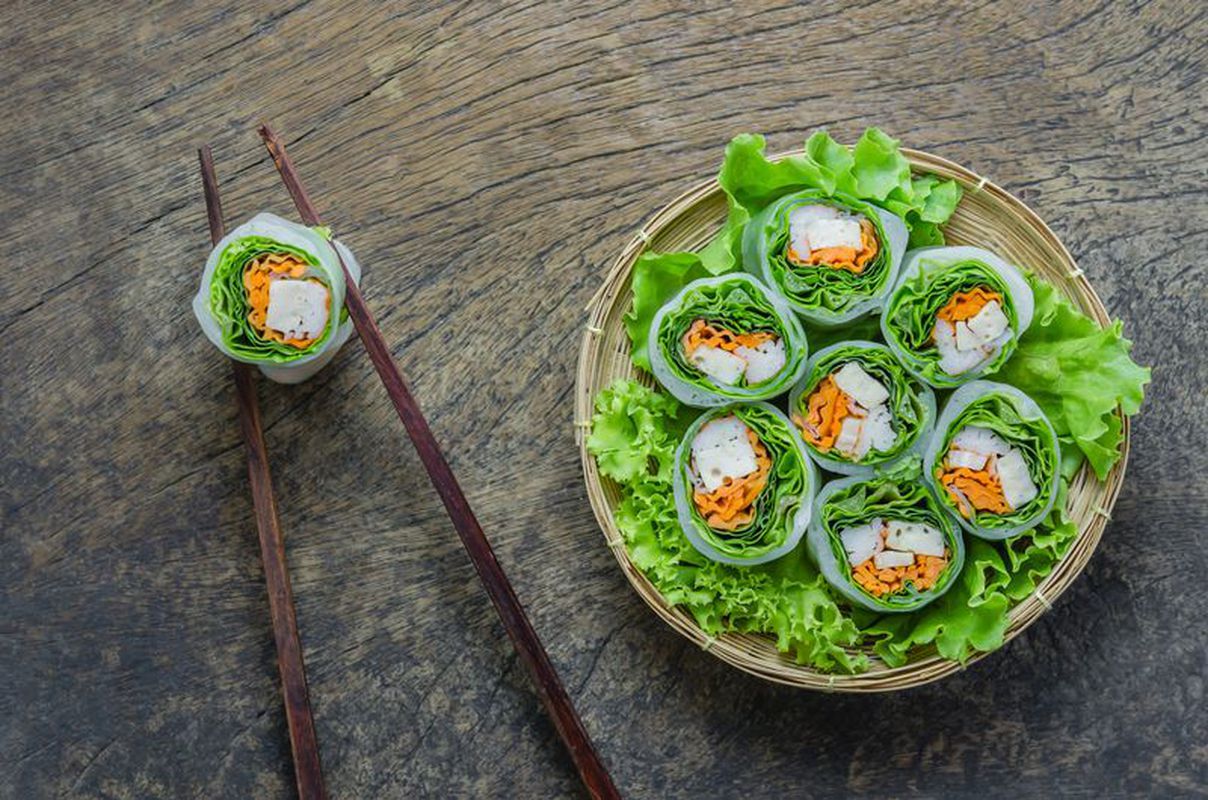 Welcome to Asia, Really, a series that examines the way Asia is perceived (or misperceived) from various contemporary angles — from food to pop culture.

Asian food is more popular than ever but it is still often misunderstood. The question is: Does it need a fine-dining makeover to be worthy of our attention?

The food we grow up with is an extension of our identity. This is especially true in Asia, where food represents a whole lot of things: family, heritage, geography, class, politics, and the cross-pollination of cultures.

Given its rich complexity of flavours, it comes as no surprise that Asian cuisine is booming. This is generally a good thing, but being popular is never as simple as it seems. What happens when so-called Asian culinary heritage is co-opted and tweaked to appeal to the tastes of fine dining rooted in classist European traditions?

One thing is for sure – there are no easy answers.

Asian food is kind of big now. That wasn’t always the case.

Right now, Southeast Asian cuisine is having a moment. In 2017, Vogue declared Filipino food “The Next Great American Cuisine”. Los Angeles Times boldly declared that “the time for Filipino cuisine is here”. Diana Chan, a recent winner of MasterChef Australia, won over critics with her bold take on Malaysian and Singaporean cuisine. On Netflix’s hit food documentary Chef’s Table, Thailand’s Bo Songvisava joined the show’s line-up of superstar chefs with her boldly authentic take on Thai cuisine. And that’s just a few examples.

After decades of being the unloved stepchild of the culinary world, becoming the cool kid on the block is a surprising development. Let’s face it: Asian food (especially, Southeast Asian food) used to be unhip. While we would happily gobble up mum’s rendang and wolf down a bowl of soto kambing, these were not the kind of stuff splashed in glamorous foodie magazines. In a way, they were like your comfy socks – familiar and soothing, but not exactly sexy. For some of us – Asians living in Asia and abroad – this ambivalence runs deep. You can find tons of essays on the complicated relationship between Asians and the food that bears the baggage of their culture. Stories of bringing kimchi in your school lunchbox – the smell, the embarrassment, the teasing from classmates eager to pounce on your otherness – are as personal as they are universal.

Those who grew up in Southeast Asia might have been spared some of this anxiety, but that doesn’t mean we escape the biases against Asian food. While many diners wouldn’t mind paying $30 or more on a rack of lamb or a ravioli dish, the same price for, say, a mutton briyani or a Pad Thai are likely to invite grumbles. We are conditioned to see old-world European food as glamorous, while Asian food are takeouts or something you cook at home.

So what changed? The rise of the amateur foodie fan community willing to try new things and take risks, for one. Diners also have more options than ever before – trends move quickly, making it important for chefs to find a unique perspective to make their name known. Things that used to make Asian food the odd duck – punchy flavours and spices, the blend of sweet-sour-salty-everything, and the use of unconventional ingredients – are now highly prized.

The tables have turned. Some say this is where Asian cuisine is finding its voice. But more than ever, it is also in danger of losing itself.

The myth that devalues Asian food

If you have spent countless hours watching food-centric shows, you would be familiar with a certain type of chef. Classically trained in the European school of cooking and on the hunt for a Michelin star, the chef would talk fondly about a certain type of food (usually street food, often Asian) while stating their intention to “refine” the food to a more discerning palate.

If this trend left you on a conflicted note, you’re not the only one. The narrative that “ethnic food” needs to be rescued, dusted off and turned into an art form through fancy ingredients and techniques imported from the West perpetuates a misconception: that Asian cuisine, the same kind you would find in street-side stalls and open-air markets, isn’t already packed with history, complexity, passion and tough-to-master craftsmanship. Let’s consider the fact that Thai food goes beyond Pad Thai and pineapple rice, and involves no fewer than five distinct regional identities, from the infusion of Teochew and Portuguese influences in Bangkok, to the traces of Khmer and Laos you will find in the Isan province. Indian food is steeped in over 8,000 years of history and involves an understanding of spices so perplexingly complex that a group of researchers pored over 2,500 recipes to crack its flavour-generating secret. And if we’re talking techniques, Chinese noodle masters, who have to learn to pull dough 100 times a day at one of the country’s “noodle schools” (how’s that for a bicep workout?) can certainly go toe-to-toe with any pasta artisan in terms of dedication to their craft.

There is a fair argument that romanticising the idea of elevating ethnic cuisine, as if the only way to honour a culinary tradition is by glamming it up, is problematic. It devalues the work of chefs and home cooks who have been putting in the time to master this food for years, even decades. It also poses an identity crisis: if you substitute ingredients that make up a traditional plate of adobo with Wagyu beef and put a hefty price tag on it, would something integral to its identity – say, the dish’s status as the “food of the people” – be lost?

Of course, this identity crisis can easily go in the opposite direction, where the food is a victim of its own success, becoming so popular it ceases to be anything like its original form (here’s one example: pizza). One day, a bowl of pho might be entirely different from the delicacy so beloved by the Vietnamese. A new generation of food enthusiasts is keeping it real

To be fair, food is never meant to be frozen in time. Change is inevitable, and as long as local culinary talents have as much chances and visibility to represent their culture as big franchises and fine dining establishments, things will be just fine.

Fortunately, there is a growing number of Asians who are stepping up to make sure the food they grow up with stay authentic even as it assimilates to new influences. Malcolm Lee of Peranakan-inspired Candlenut, Philippine-based chef Jam Melchor and his Philippine Culinary Heritage Movement, and Marcus Low, the MasterChef Asia finalist who opened a dessert bar inspired by Malaysian delicacies, are just a few names you should watch out for.

Beyond the kitchen, creative minds are also doing their part. Take for example Eunice Martin Lim, a food stylist, photographer and blogger. Capturing food as a subject comes naturally to this food science graduate. “I enjoy the process of making food look extremely delectable and hearing people say my photos make them hungry is strangely satisfying,” she said in her interview with Pocket Magazine.

Through her charming series on Malaysian snacks, she celebrates local food by tapping into her countrymen’s nostalgia.

“I wanted to create something which every Malaysian can relate to and what’s a better medium to use than food? So I carefully picked a few snacks which I grew up eating because I think that brings back a lot of memories.” Another name on our radar is Chun Rong Tan, a Singapore-based food stylist and photographer. His affinity for food shines through on his blog and social media, where he keeps his followers riveted with gorgeous shots of delicacies from across Asia and beyond.

“Growing up, I observed my aunt prepare hearty meals after school. Thanks to her guidance and many hours of watching cooking shows, I mastered the fundamentals to develop my culinary skills. It was through these means that my passion for food grew from a hobby to an aspiration,” With these talented people in charge, the future of Asian food could just be in safe hands.

Do you have a unique experience with the food you grew up with? Where do you think Asia is heading? And do you know anyone who’s doing awesome things to bring a new perspective on Asian cuisine? Share it with us in the comments below!