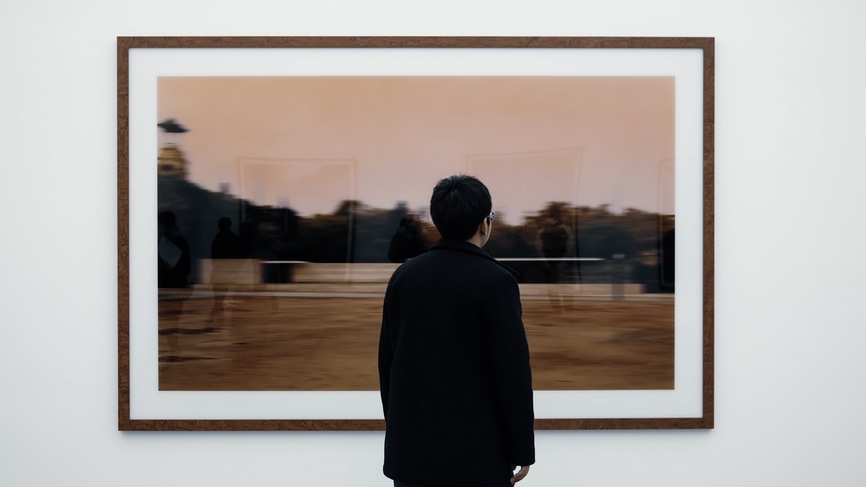 For many artists, NFT is a game-changer. But it has its drawbacks and controversy. Get the lowdown here. Shavonne Wong and one of her virtual model artworks, which she has sold as NFTs. (Image by Shavonne Wong / The Straits Times)

NFT (Non-Fungible Tokens) is taking the art world by storm. Here’s why.

The appeal of a blockchain-based virtual art marketplace to artists is obvious. Creators receive instant payment in cryptocurrency when someone buys their work, plus royalty cut from every subsequent sale. It’s a game changer.

That’s why some artists in Asia, like Singapore fashion photographer and PIXERF ambassador Shavonne Wong, has been quick to embrace the opportunity.

For Shavonne, the timing is perfect. Stuck at home during lockdown last summer, she started playing around with a 3D software to create virtual female models. She hadn’t intended to list the works for sale, but when the opportunity to hop on the NFT bandwagon came around, she decided to give it a go. The result? Since February, she has earned about US$10,000 in cryptocurrency from the sale of four works.

“One of the most enticing things about the NFT space is that artists can put up personal work — work that we would have put up on Instagram or Facebook for free — and get paid for it,” she said to The Straits Times. At a time when many photographers and artists are struggling to find jobs and unable to sell their work in art fairs and cons, this amounts to a lifeline.

Then there’s the irresistible gold rush. Digital artist Beeple grabbed headlines when his work “Everydays: The first 5000 Days” sold for an eye-popping sum of over $69 million at a historic auction (a price tag more expensive than a Monet painting sold in 2014). A single video by the same artist netted $6.6 million. And as of April 1, Instagram digital artist Mad Dog Jones has sold 1,567 NFT artworks, each averaging about $9,063.52. For the time being, it doesn’t look like the hype is running out of steam anytime soon. A screenshot of Beeple’s “Everydays” artwork, which sold for over $69 million at a Christie’s auction.

NFT creators wanted to shift the power to the artists.

At its most idealistic, NFT has the potential to give artists more power to assert ownership and make a living from their work. As tech maven and Glitch CEO Anil Dash, one of the original creators of NFT, puts it on his essay on The Atlantic: “By default, copies of a digital image or video are perfect replicas — indistinguishable from the original down to its bits and bytes. Being able to separate an artist’s initial creation from mere copies confers power, and in 2014 it was genuinely new.”

This was the height of the so-called “Tumblr culture”, where images from artists can float around and garner millions of likes without attribution or compensation to the artist. The initial version of NFT, conceived in an all-night hackathon that year, was envisioned as a response to this. The traditional art market is an inequal one, argues Artnome database founder Jason Bailey. NFT can change that. [Image by Ricky Rama Adiguna]

In an opinion piece on Flash Art, art / tech enthusiast Jason Bailey argues that NFTs help to level the playing field in an inequal art market. “The ~$65 billion art market is one of the most centralised markets in the world. A tiny number of artists with early access to just a handful of high prestige institutions have twice as many exhibitions as artists without access and are traded 4.7 times more often at auction, at a maximum price 5.2 times higher,” he reveals. “Regardless of artistic skill, most artists have no statistical chance of success in the traditional art market because of a combination of factors outside their control, namely gender, race, and geography.”

In other words, a top art graduate in New York or London from privileged backgrounds has a much greater chance of having their work exhibited in auction houses or top galleries than a self-taught artist in Indonesia, Thailand or Singapore. By contrast, NFTs give digital artists around the world access to a market of enthusiastic buyers with deep pockets. Its rise has also given rise to art styles often looked down upon in the traditional fine art market, from hard-edged murals, manga-style art, psychedelic pieces to digital manipulations. NFT art by Canadian artist Mad Dog Jones can sell for up to tens of thousands of dollars. [Image by @mad.dog.jones]

A creative utopia – or a playground for the mega-rich?

But like any newfangled creation in the age of tech, this invention is vulnerable to greed, theft and misuse. Take the tale of digital artist Derek Laufman who woke up one day to emails and DMs on Twitter asking him if he’d started selling NFTs of his art on Rarible, an NFT market site. Artist Derek Laufman had his artworks and identity stolen by an impersonator who sought to profit from the NFT craze.

Not only had he never sold any of his artworks as NFTs, the account (now removed) wasn’t even his. It shows just how easily an artist’s work can be stolen and reappropriated by nefarious players wanting to cash in on the speculative hype — the exact scenario it was supposed to prevent.

Derek Laufman is not alone. Grifters and spammers are now crawling social media spaces where artists thrive to steal art and mint them into NFTs. To adapt, artists on heavily frequented social spaces like Twitter are passing around tips and downloading apps to block NFT spammers who seek to steal and monetise their work as NFTs. Concept artist RJ Palmer warned the Twitter artist community of spammer bots that turn their art into NFTs without consent.

Critics have also cast the NFT market as a “playground for the mega-rich” fuelled by a speculative bubble instead of something genuinely built by and for a community of art lovers.

It begs the question: what is the true meaning of art – whether it’s photography, illustrations, videos or GIFs — in a world that reduces it to a speculative investment tool?

And then there is the climate change question.

As the trend took off, some artists and engineers began to voice their unease with the ecological impact of NFT.

As creative technologist and artist Memo Akten’s blog post on Medium estimates, an average Ethereum transaction can trigger a chain reaction that generates a huge emission footprint. One single-edition NFT can consume up to 340 kWh of energy usage and produce emission waste of up to 211 KgCO2. The energy waste of NFT minting is laid out in Memo Akten’s widely debated blog post.

This is comparable to an EU resident’s monthly electricity consumption, using a laptop for three years, or flying for two hours. At a time when the conversation around sustainability is heating up, he argues, NFT platforms have a moral obligation to be more transparent about their impact on the environment and the steps taken to reduce it.

Still, this conversation is not a dead end. In fact, the ongoing dialogue may ultimately prove to be a positive thing for the future of NFT, nudging the nascent “digital art market revolution” toward responsible and greener practices.

Already, some NFT practitioners are advocating for a transition from the more energy-consuming “proof of work” process to the eco-friendlier “proof of stake” process. The original inventor of Ethereum, Vitalik Buterin, has already started the overhaul effort to slash his brainchild’s energy consumption by a whopping 99%.

For some, this is not yet enough. The existential question remains: can a solution meant to empower artists be founded on something so volatile and capitalistic? Perhaps the question is a premature one. After all, the true test of NFT will be its longevity in a fickle industry that is always ready to move on to the next big thing.

Will this trend transform the digital art market as we know it for good or fizzle like yet another fad? Only time will tell.

Are you an artist who has tapped on the NFT market? Or are you firmly opposed to it?
Join the debate by commenting below, or tag @PIXERF on Instagram with your take!