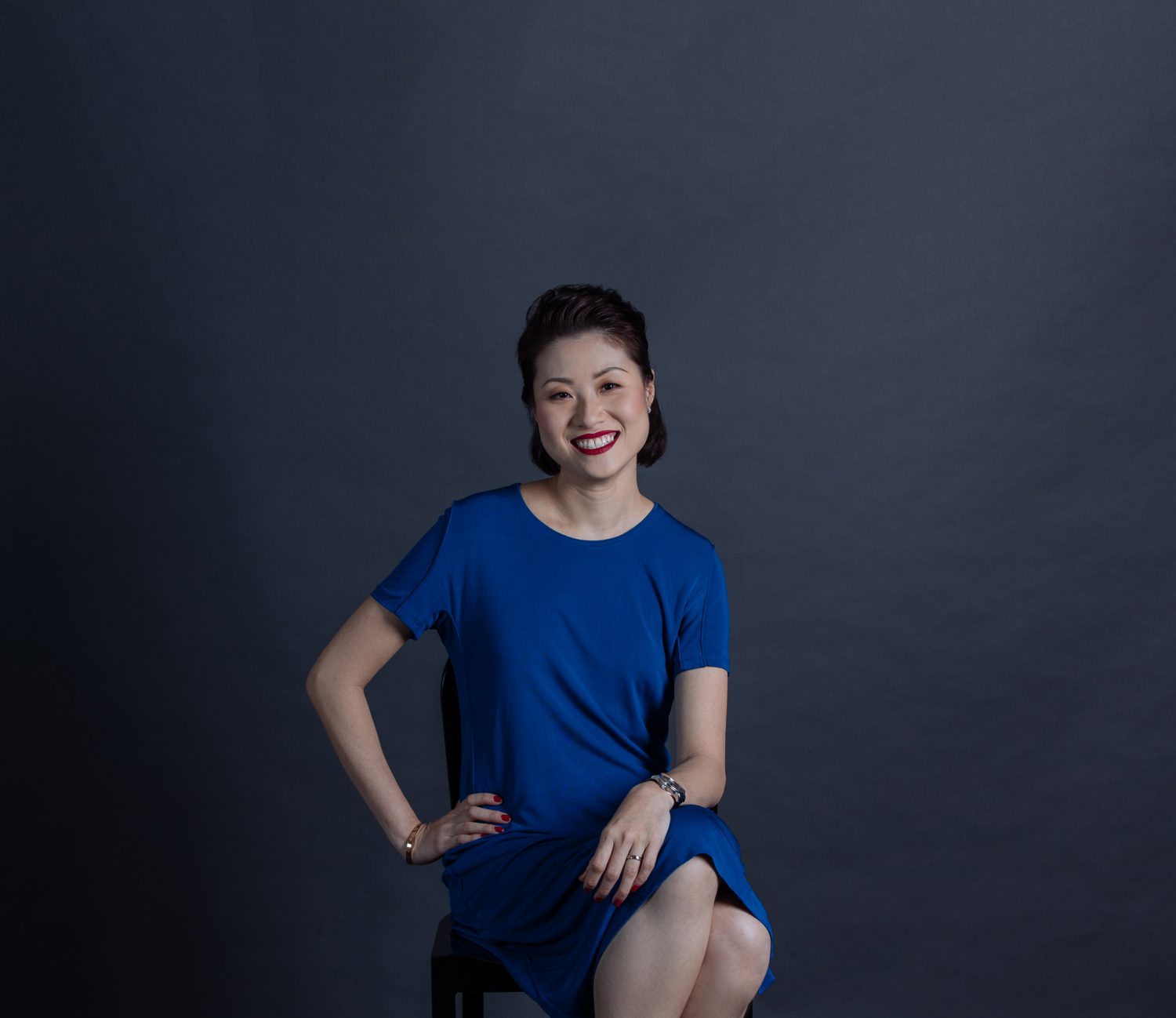 Parallel Tracks: Getting Real with Jessalynn Chen and Aneta Bogdan

Parallel Tracks: Getting Real with Jessalynn Chen and Aneta Bogdan

Two women. Two stories. One meeting point. Jessalynn Chen and Aneta Bogdan share their thoughts about gender representation in the creative industry, women leadership, and the journeys that brought them to Brandient.

Jessalynn Chen and Aneta Bogdan grew up thousands of miles apart. Yet their path ultimately led to the same destination: Singapore’s pulsating creative industry and Brandient, a Singapore- and Bucharest-based brand strategy and design company known for its work in emerging markets.

Jessalynn recently stepped in as the agency’s Business Director for Asia after a rewarding career at a world-leading brand consultancy, while Aneta has long been known as the co-founder of Brandient and a respected pioneer in the Eastern-European branding scene. Although their careers began from two distant points – Asia and Europe, relationship builder and strategic thinker – their journeys were marked by striking similarities. Both women were inspired by their brilliant mentors and flourished in a culture that gave them the freedom to pursue their ambitions.

The inspiring mentors that shaped their careers

Jessalynn manages the agency’s development with a megawatt smile and an effortless intuition for strategic thinking. Her mastery of branding as a business and relationship building would convince you that she was born for this role. Yet it was a moment of chance that led her to the world of brand consultancy. That life-defining moment happened while Jessalynn was taking a Real Estate course at the National University of Singapore, where she quickly discovered a knack for thinking differently.

“I was the odd one out among my peers. Frankly, I was more interested in the intangible issues like branding, marketing and valuation as opposed to more structured topics.”

When a brand experience specialist came to the school to give a talk, Jessalynn was among the first to sign up. During the event, she quickly stood out as the only student who asked more than one question – the first and the last. Her assertiveness made a big impression and she was instantly hired by the speaker – Ian Bellhouse, former Regional CEO of FITCH and founder of retail and brand experience consultancy Wasabe. “To this day, he has been and still is my most trusted mentor,” Jessalynn shares. Joining FITCH marked the beginning of a decade-long career, during which she accumulated in-depth experience in business development, marketing and client management.

Mr Bellhouse is not the only name on Jessalynn’s list of mentors who have pushed and guided her to aim for more. She mentions Darren Watson from Watson&, Paul Mynard from Brand Design Lab and Jane Perry, the Managing Director and Director of Global Accounts (APAC) of Geometry Singapore whom she describes in glowing terms. “It’s a blessing to have someone passionate and knowledgeable in her trade, and always walking side-by-side with you, not ahead of you,” she says.

Like Jessalynn, Aneta understands what it’s like to feel a sense of gratitude toward an industry icon. She singles out the positive impact of Wally Olins in her professional development as a brand practitioner. “He was a stellar personality and in my view, the greatest practitioner and theoretician of branding. I have bothered him many times with professional questions and fears, and he was incredibly generous to write the foreword to my book.”

That entrepreneurial daring also played a part in Jessalynn’s decision to embark on a new chapter with Brandient after spending her career in one company. “I had several opportunities over the years, but each time I parked them aside,” she admits.

“But coming close to 13 years, I felt more than ready for a new challenge. Coincidentally, Brandient came knocking. An entrepreneur once told me, there’s no better time to do something entrepreneurial than now because every opportunity bears a good fighting chance. For something this hard to come by, I thought – why not?”

A shared moment of connection, right from the get-go

Being relentless without mincing words is something Aneta is famous for. She demands excellence from herself and her team, never dwelling on past successes. “In our business, reputation is earned daily, project by project. You are as good as your last presentation,” she says. And while she champions equal opportunities, she believes only two things really matter when it comes to selecting the right person or winning a job.

“Talent and competence must prevail, regardless of whether it is a man or a woman across the table.”

While some might find her no-nonsense approach intimidating, Jessalynn felt the opposite. “She is very real. Direct, open and honest. To me that just meant we are aligned in our ways, and more importantly, we believe in doing what is right.”

At the end of the interview, something Aneta said clicked with her. “You remind me of my younger self.”

“I felt the connection straight away,” Jessalynn says. “It simply made me want to get the job real bad.” Fortunately for Jessalynn, Aneta was just as impressed by her new hire. “Jessalynn is a top professional, but what set her apart very early in the process were her charisma, passion, outspoken style and engagement, and her authenticity.”

“Many people find it difficult to be professional and human at the same time – they compromise one side for another. Jessalynn gained our confidence that she can be professional without sacrificing the values and authenticity of a well-rounded person.”

Jessalynn also scored on one unexpected point. “The fact she is also a mother counts for me! I have great appreciation for women succeeding while being proud mommies.”

Aneta does not hesitate to speak up on one of the industry’s well-known yet largely unspoken secret.

“While our clients accept that the relationship management of the agency is female-driven, they still prefer a man at the top of the business! Women are believed to be good at the soft things, like keeping a relationship alive, but when it comes to reaching a deal, to make money – men are still preferred.”

Are they discouraged? Not at all. Jessalynn is optimistic that women will always find ways to shine in a world biased against their accomplishments. “It’s about finding your voice, the right amount to get noticed, and the right time to make an impact.”

The key, to Jessalynn, is being true to oneself – embracing what it means to be a woman in a professional world instead of playing from the men’s rulebook.

And she believes the world is ready for this.  “More and more female leaders have recently risen to the top, so things are definitely changing.” She finds a stellar example in Jacinda Ardern, the Prime Minister of New Zealand who showed a powerful and humane portrait of leadership in the aftermath of the Christchurch mosque shooting. “Who’s to say you can’t be compassionate and strong at the same time?”

On this note, Aneta points out that the portrayal of women leaders in the media, while commendable, still routinely falls to sexist and stereotypical ideas of what it means to be strong.

Not all women leaders have to be tough and invulnerable superheroes. They could also be doting mothers, sensitive listeners, or a consoler-in-chief. They may in fact look ordinary because in an ideal world, it shouldn’t take a perfect woman to be accepted as a leader.

It is something every little girl, from any part of the world – from Singapore to Bucharest – can aspire to be.

And maybe, eventually, these young girls living such different lives will grow up, find each other and build something amazing together with their experience, intelligence and dreams. For Jessalynn and Aneta, that story continues at Brandient.

So, how do we get there?

How do we bring much-needed nuances to the way women leaders are represented in the media? Aneta slyly turns this question around. “This is your call, guys! You are good at this job and it is impressive what PIXERF has done about the right representation of the Asian imagery.”

We see her point. It is up to us who are driving the visual market industry to introduce diverse faces and stories about the limitless ways women are leading the way – from governments to communities, from corporate boardrooms to lecture halls. By engaging photographers from all walks of life and pushing them to look outside the proverbial box. By championing women in front of and behind the lens. And by showcasing more images that send a clear, loud and enthusiastic message to every woman who sees them. As Jessalynn puts it: “Keep pushing, and the right door will open for you!”

Check out our Marketplace Collection to see more inspiring, diverse and powerful images of women in leadership here.

Arlene Rieneke
Arlene Rieneke is the Senior Copywriter at SiliconPlus Communications. She delights in telling real and imagined stories – be it about a brand, a product, a company, or a slice of history. She enjoys puns, cinnamon buns, and everything fun.

Shafiq Saleh – Meet one of Malaysia’s rising stars in photography