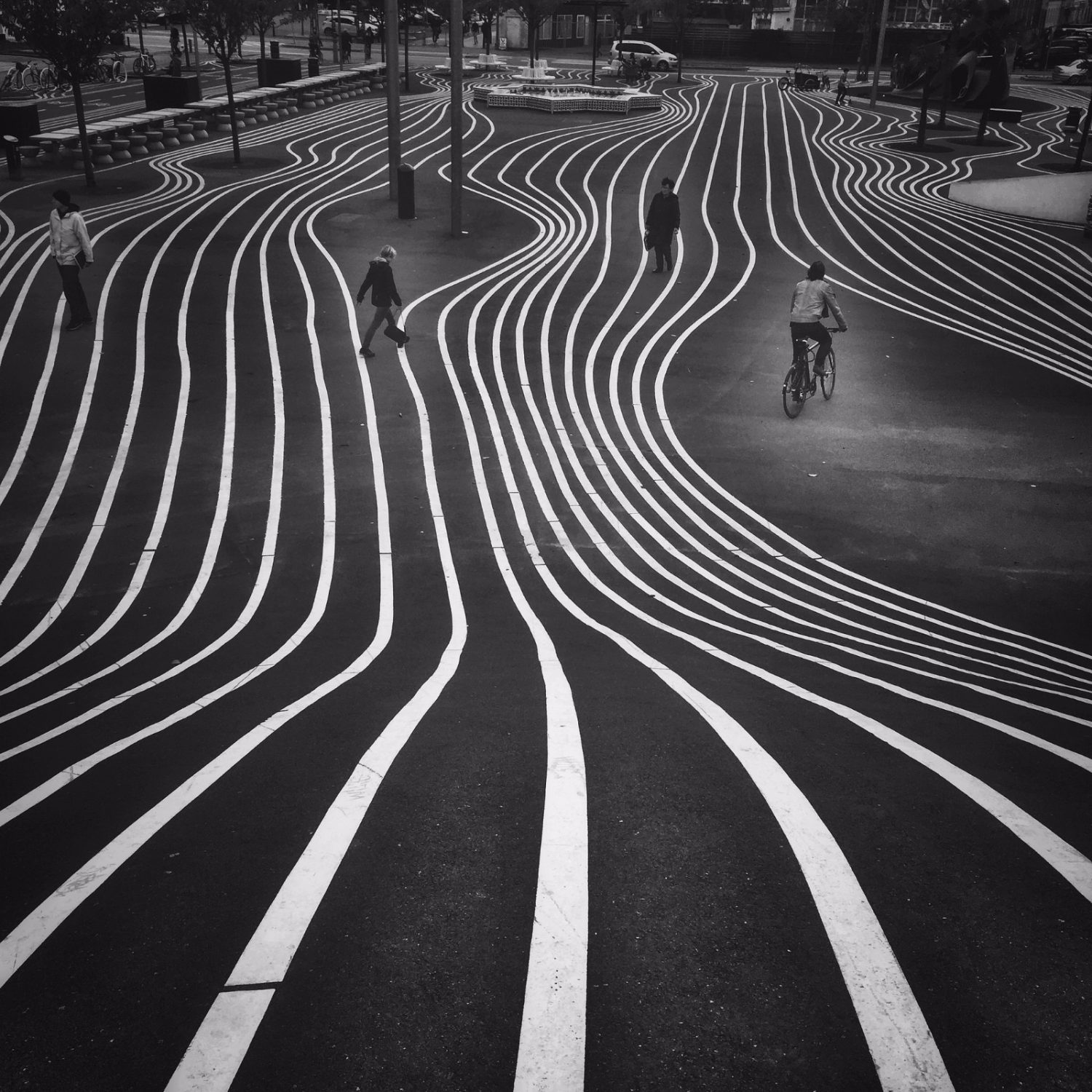 Hailing from Cork in Ireland, you may know Brendan from his world-famous (72 cities) iPhone shots in 2015. We met him at the recent Images of Asia live judging competition held in Singapore, and were keen to find out more about his journey as a photographer and his status as both a visitor and teacher in Asia.

Although we were 10,000 km apart, with the magic of technology, we sat down with him to talk a little about his specialty in mobile photography, the state of the culture of Asian photography and to discuss some of his favourite works.

We looked at some of your stories and works on Instagram and realised, you’re in Asia a lot.

Brendan: Well, my wife is Korean and we have two kids, and for that reason, I find myself in Korea visiting family. I always take the opportunity to travel in Asia to do street photography. About 2 years ago I came into contact with Monogram Asia, and was quite drawn to their passion to raise the profile of photography in the region, and found myself working with them at events to reach such goals, with the most recent being the 8×8 Street Photography event in Bangkok.

We heard it was very well received.

Brendan: Yes, over 200 people attended. The thing about it is this – there is such a high quality and body of work in Asia. I’ve met so many photographers of a high standard that I’m quite embarrassed to think there is a consensus that anything done outside of Asia is better.

We get that sentiment sometimes too, but it is balanced by the fact that there is enormous talent here in Asia. Talent that we meet all the time.

Brendan: This type of thinking is prevalent in Ireland as well. Insecurity about our national identity manifested in creative expression that lends people to think less of our own talent. But I think that is changing.

Does it stem from us looking outside for inspiration, that our heroes were mostly and inadvertently from the West?

Brendan: In learning anything, we imitate, assimilate then eventually innovate. The great thing about a photo is that when you look at it, you cannot tell who the person is, where they are from, what gender they are. A great photo is a great photo.

Gender. Interesting you should bring that up. We’re always on the look out for female photographers in an industry that is, for now, male-dominated, especially in Asia.

Brendan: It frustrates me to no end that we should assign gender to photographers, because no one would ever refer to me as a ‘male’ photographer.  I understand it is an issue but like I said before, a great photo has no markers of gender, or anything else really.

We agree – a great shot is a great shot. Which brings us to what you do. Taking amazing shots with an iPhone. How did it all start?

Brendan: It started because of my brother, who was diagnosed with cancer in 2012. Because he was in hospital, the only way I could communicate with him on family trips was sending him images I took on travels, which was inadvertently the iPhone. He recovered, and I realised I had this body of work that I then uploaded onto Flickr, which at that time had a small but very engaged group of mobile photographers.

How did using the iPhone shape you as a photographer?

Brendan: Creativity through limitations. When I started, the device performed poorly in low-light, and did not have image stabilisation. Rather than give up, I found creative ways to work around these issues. I used these flaws to create effects like accentuated movements and form. You couldn’t zoom so I had to learn the importance of composition.

Interesting. So you turned weaknesses into strengths. And Apple took notice of the shot you took in Copenhagen. Brendan: This shot was uploaded onto Flickr and within a week I received a strange email. I ignored it, but they were persistent and I eventually found out it was Apple. Before I knew it, they had selected some of my images and they found their way to 72 cities in the world. Apple were quite clever in their marketing; creating an Easter egg hunt of sorts – putting up images and pulling them down – never telling me where or when they were going up. I would get messages from all my friends that they saw my work in this city or that. It was a magical experience for me.

Shall we look at some of your (our) favourites? Let’s start with this one you took at the Shibuya scramble crossing in Japan. Brendan: I only got this shot just before I left Japan. It was raining, and with the Japanese being obsessed with keeping dry, everyone had the same umbrella that was sold along the streets. It was luck and patience that this scene came together, with the billboard on top, the girl facing the camera, the leading lines – everything. Brendan: The great thing about Japan unlike some cities in Europe is that you will get a scene rather quickly. This particular one came together fast and I was lucky to get the reflection, the moustache and the symmetry. Originally this one was in colour and was converted to black and white for greater effect. Brendan: This was commuters getting off a train in a subway in Japan. To get this effect I played with the burst mode while moving the iPhone around violently. This was the model 6 and image stabilisation had improved greatly, which meant I had to think creatively to get this shot. I’ll interrupt you here for a while to say this is one of our favourites. In fact, this was on display at the Images of Asia event when we met. Such a strong story of humility and hardship.

Brendan: This was taken in the early hours of the morning at the docks in Jakarta. Again, another colour photo that was converted to black and white for good effect. I like how the clay is baked into his hands that are clasped with such humility. It tells a great story. This was taken with the iPhone 6. Brendan: This was a tough shot because I had to control the light and exposure. Taken in Korea at their neon heaven, I wanted to take it when I saw the man come into focus. I had three cameras with me on that day and the interesting thing was that the shot taken with the iPhone 6 was the best. Brendan: This was in my hometown and what I love about this is the honest interactivity the subject had with me. I love it when people interact with me; it makes the experience so much more joyful. From a technical perspective, I think the use of natural filters and the effect of the condensation on the window also allowed the image to come together.

We have time for one more photo. It’s hard to choose from your body of work, but is there one particular shot you want to talk about? Brendan: Sometimes what you leave in and what you leave out of an image is very important. I especially like this one because you can make out each individual figure, even the father and son in the middle of the picture. While there are many elements here, nothing takes over – from the well-formed shadows to the lines, they all exist independently and come together as one. Taken in Shanghai.

You’ve taken so many street scenes in Europe and Asia, which region of the world is more accepting of their picture being taken?

Brendan: Asia, without question. Asians are very respectful of foreigners and their need to document their travels. I only have had one issue with a lady in Korea in my entire time as a street photographer. Also, I smile at people a lot, which helps to diffuse any negative situations. A good example is the image below in Jakarta. It is actually 2 images – one where i did not smile and the guy looked at me suspiciously and when i did and he warmed up to my camera. Makes a huge difference. Thanks Brendan for your time and taking us through your journey and going through some of your images. We really appreciate it.

Brendan: No problem, it was a pleasure.

For the full audio on our conversation with Brendan, check out the PIXERF Podcast: Episode 2 – From the hip, which will be released soon on PIXERF TV, on this blog.