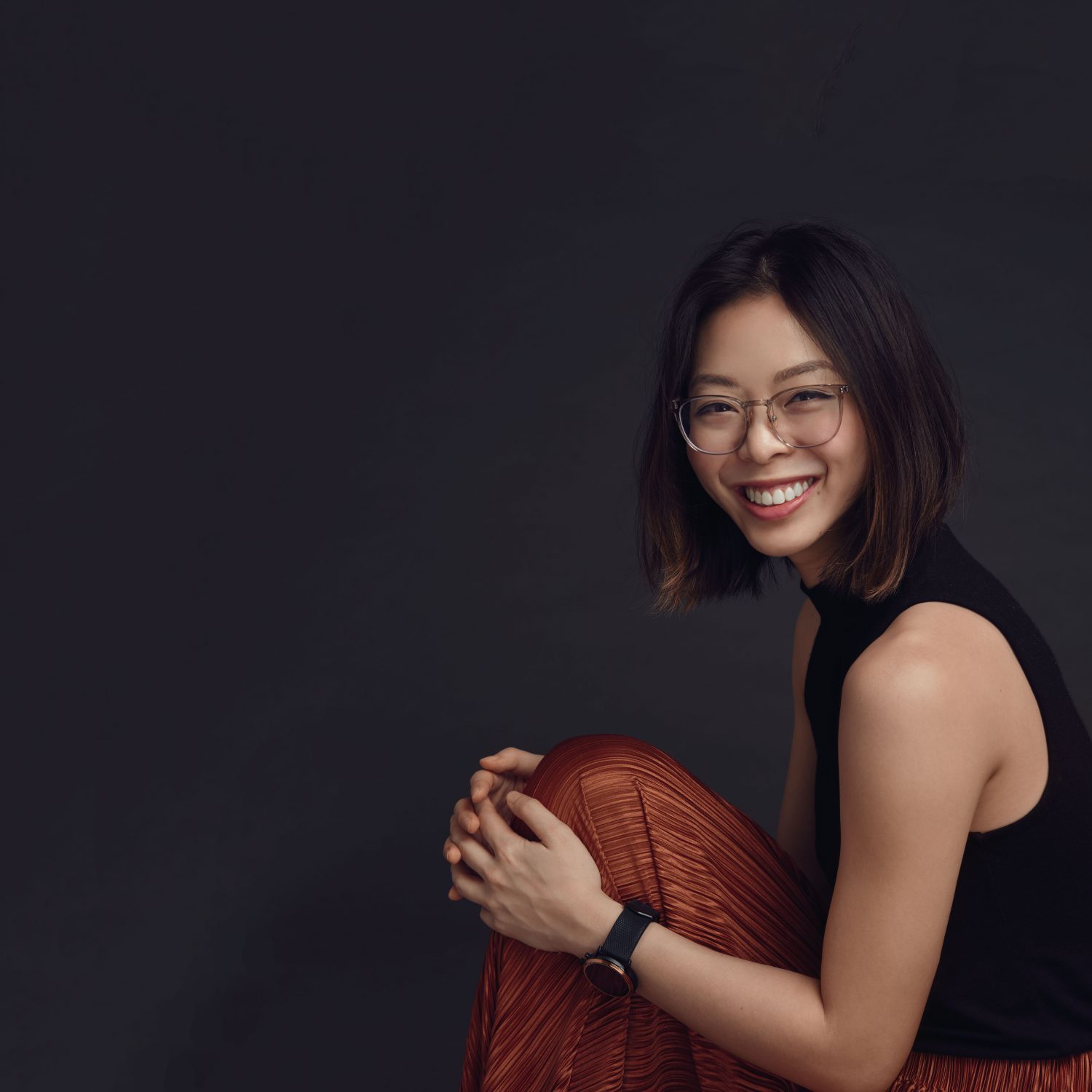 Fresh off her crowning as one of Forbes’ rising creative stars in Asia, we caught up with Shavonne Wong. Our mission: finding the winning formula behind this young photographer’s success. From guesting at a reality show to getting her shots published in Vogue, she shares the steps that got her there.

Chatting over a video screen, Shavonne was visibly buzzing with energy as we talked about her feature in Forbes’ 30 Under 30 Asia, the magazine’s annual roster of young creative entrepreneurs and doers with talent to burn. The recognition is a major glow-up moment for this seasoned photographer, even though it landed at a slightly surreal time. “The timing was a bit ehhh due to the current (Covid-19) situation,” she admits candidly. Was it a welcome boost of confidence? Of course, but she’s already thinking about her next move. “There’s a bit of – OK, now I achieved this, what does this mean? How do you improve and get better and differentiate yourself?”

This hunger to experiment with new ways to express herself has been a constant fuel to her rapid rise. Since embarking on her self-taught photography journey, Shavonne has made a name for herself. Her shots graced the covers of international fashion mags land at the age of 29, she’s already working with brands like HBO, Lancôme, Nike and Sephora. Another highlight: a photoshoot with Billy Porter, the iconic actor-singer-advocate and style icon known for his role in Netflix’s Pose. Not long after, her stylish photos caught the eye of Vogue Global Network, and they have since made the rounds on the brand’s publications around the world. If you’re still learning the ropes on how to become a commercial photographer, her tips and insights could just be what you need to get started.

Clients may not always be keen to push the creative envelope, but don’t let this stop you from trying new things at your own dime and time. For Shavonne, it’s a matter of being sure that her idea works in real assignments. One example is her signature ‘living stills’ technique — images that move ever so slightly, making viewers do a double-take. This style of hers can now be seen on various magazine covers and Instagram posts. But getting clients’ buy-in is always a work in progress. “It is easy to imagine I can do this for my personal shoot, but it’s not always transferrable to a commercial job. So I had to prove that it worked. Sometimes I won’t tell the client I’m doing something different, but I would do it on my own and if I really like how it turns out, I’ll send it over (as a bonus). Usually, they’re appreciative.”

2. Be in tune with where the future is going

From social media to digital billboards, Shavonne thinks demand for motion will continue to grow. “I’ve always known that video work will be more attractive than still photography in the coming years. When the world is going towards moving images, it will be very hard for stills to stand out.” Aware of this shifting appetite, she’s been pivoting towards video and learning how to direct. But she’s not ready to leave behind her love for stills. This is why she came up with the Living Stills technique — introducing a new style of high-fashion photography made for the GIF generation.

Being largely self-taught, did she find it tough to pick up new skills? Shavonne says she’s lucky to find a helpful mentor in Geoff Ang, who generously shared his industry insights and input when she needed it most. “I was in plateau of my career, just doing the same thing without really improving. So I figured, OK, I will get a mentor to really look at my work. Because everybody has blind spots and things they think they’re doing well. But it takes a third party to honestly say “no, you’re not.”

4. Get inspired by your travels

Shavonne’s work has taken her around the globe. But it wasn’t the sights or food that she remembers most fondly – instead, it was the boundless creativity of the people she met. Her favorite stop? New York. “I just love the vibe. Everybody is striving hard to succeed there. Even the buskers in the train stations — I remember walking by and going, ‘this guy is really good!’ Everybody who is creative there is just so brilliant at what they do. They also have the best models and makeup artists. Whenever I go to New York I always shoot there, because I get to collaborate with people who are really on top of their game. They can push your portfolio to another level.” 5. Reach out to people you look up to.

Getting to photograph Billy Porter was a personal highlight. “It was hugely inspiring to meet someone like him,” she shares. “Billy is someone who has always been very clear about who he is (as an openly gay actor) from the very beginning, and to be able to get to the stage of where he is in his career proves that you can be who you are and still succeed.” As for the photo session, it proved to be a magical experience. “He’s a great singer too, so when I was shooting him, he was singing, having a live performance.”

6. Don’t be afraid to make the first move.

This opportunity didn’t simply fall on her lap. In fact, it was a leap of faith, but she went for it. “I emailed his manager, we got connected. I said, look, I would really love to work with someone like you. They like my work and they were like, okay, let’s try something out.” Was it amazing to see the resulting shots featured in Vogue? Absolutely. For a photographer who has always dreamed of seeing her work on the pages of this influential fashion tome, it was a dream come true. Now that she has seen her existing images published in Vogue, what’s the next goal on her sight? Working on a big international fashion shoot with a client like Burberry, she says. The gist: bigger stage, bigger challenges, and bigger platforms to stretch her creativity and showcase her work. 8. Doing TV work? Get ready for an intense pace

Shavonne also got plenty of intel to share about her experience as a guest photographer for Asia’s Next Top Model. First, it was a fast-paced process that stretched from early morning till dark. With just one day to shoot and edit the images for the models’ judging session, the pressure was definitely on. “It’s exhilarating and nerve-wracking because I know everything goes onto national TV and will be seen by many people. I had to do more than my best to make sure they were perfect.” On the plus side? “The crew really takes care of you, and it’s always so much fun. You never know what you’d come up with.” 9. Stuck at home? You can still get inspired.

Like many of us, Shavonne is currently spending most of her time at home. Is she feeling restless or unproductive? Not at all. In between editing old shots, she relaxes by playing games and watching shows on TV. As she sees it, these are valid ways to get her creative juice recharged. “These (entertainment contents) are done by creative people,” she points out. “And they can be a real inspiration that ends up in our subconscious.” So don’t feel guilty about those hours you put into Animal Crossing, guys. 10. Put yourself out there.

Don’t let “Asian paiseh-ness” stop you from getting the shot you deserve, says Shavonne (in Hokkien, paiseh means feeling embarrassed or reluctant to say or ask for something). “Find ways to get yourselves known. Cold-email people, market yourself. If people don’t know you exist, they can’t hire you. Then follow up – if it annoys people, fine, but people generally aren’t so easily annoyed,” she says with a laugh.

Got any burning questions about commercial photography, or tips to pass along? Share with us in the comments.

All images in this article have been taken by Shavonne Wong. To view these images and check out the rest of her catalogue, please visit her site here.

Previous Article
“The Ghost Bride” and the Rise of Southeast Asian Fantasy Flicks
Next Article
What’s in a smile? It might surprise you.

Inside Out: Travel the World with the #OutsideMyWindow challenge