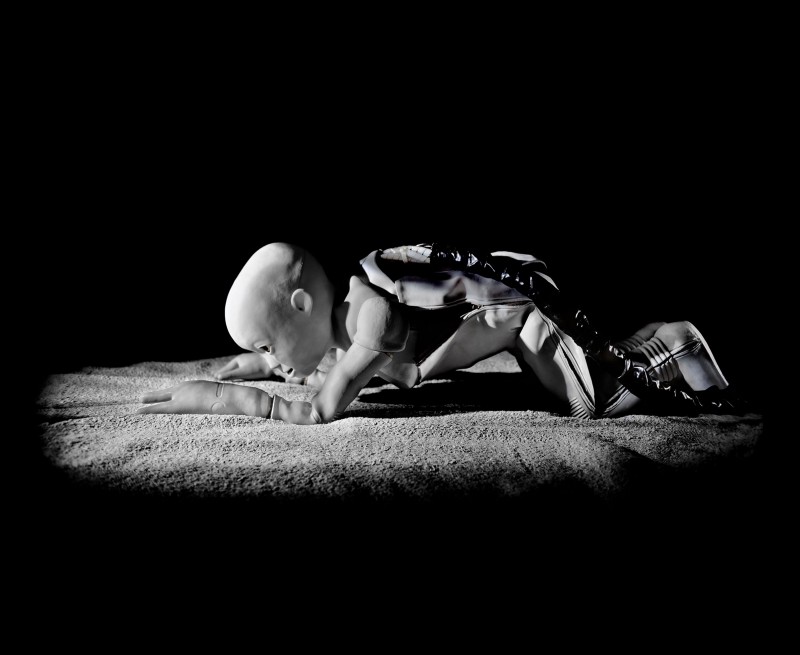 Human versus Machine is all the rage these days. In the dystopian HBO series Westworld, role-playing robots staged a rebellion against their callous architects. Over in the real world, things are getting spookier as Google’s deep-learning Artificial Intelligence AlphaGo took a decisive win over veteran Go grandmaster Lee Sedol in a historic five-round tournament that upended expectations on the limits of thinking machines. And fuelling every job seeker’s anxiety, robots are predicted to replace human jobs in the years to come. More and more, robots are ushering in a new era with eerie implications.

Given this existential dread, Max Aguilera-Hellweg’s photojournalistic project and book, Humanoid, struck quite a chord. The multi-hyphenate talent who counted Rolling Stones and National Geographic among his past clients began to ponder existential questions about consciousness and the human body while photographing surgeries. What follows is a six-year journey chronicling the staggering evolution of robot science that will have you pondering the greatest mystery of all: what truly makes us human?

Is it sentience, intelligence, or emotional intuition? And what happens when we come face to face with humanoids that tick all these Homo sapiens boxes while remaining squarely in uncanny valley territory?

Standouts in the photo collection include Bina48, a human-like bust modelled after the spouse of futurist Martine Rothblatt, and Valkyrie, the NASA-made humanoid robot destined for Mars. One thing is for sure — we’ve come a long, long way from R2-D2. For more insights, go to “Robots Have Existential Crises, Too” by David Gonzalez on the New York Times’ Lens Blog.

Check out more of Max Aguilera-Hellweg’s work on his site.

Previous Article
5 ways to take your content marketing strategy to the next level
Next Article
Lights, Camera, Bokwa!

5 bokeh styles to try in your photography

So, someone mounted a GoPro on a sword…